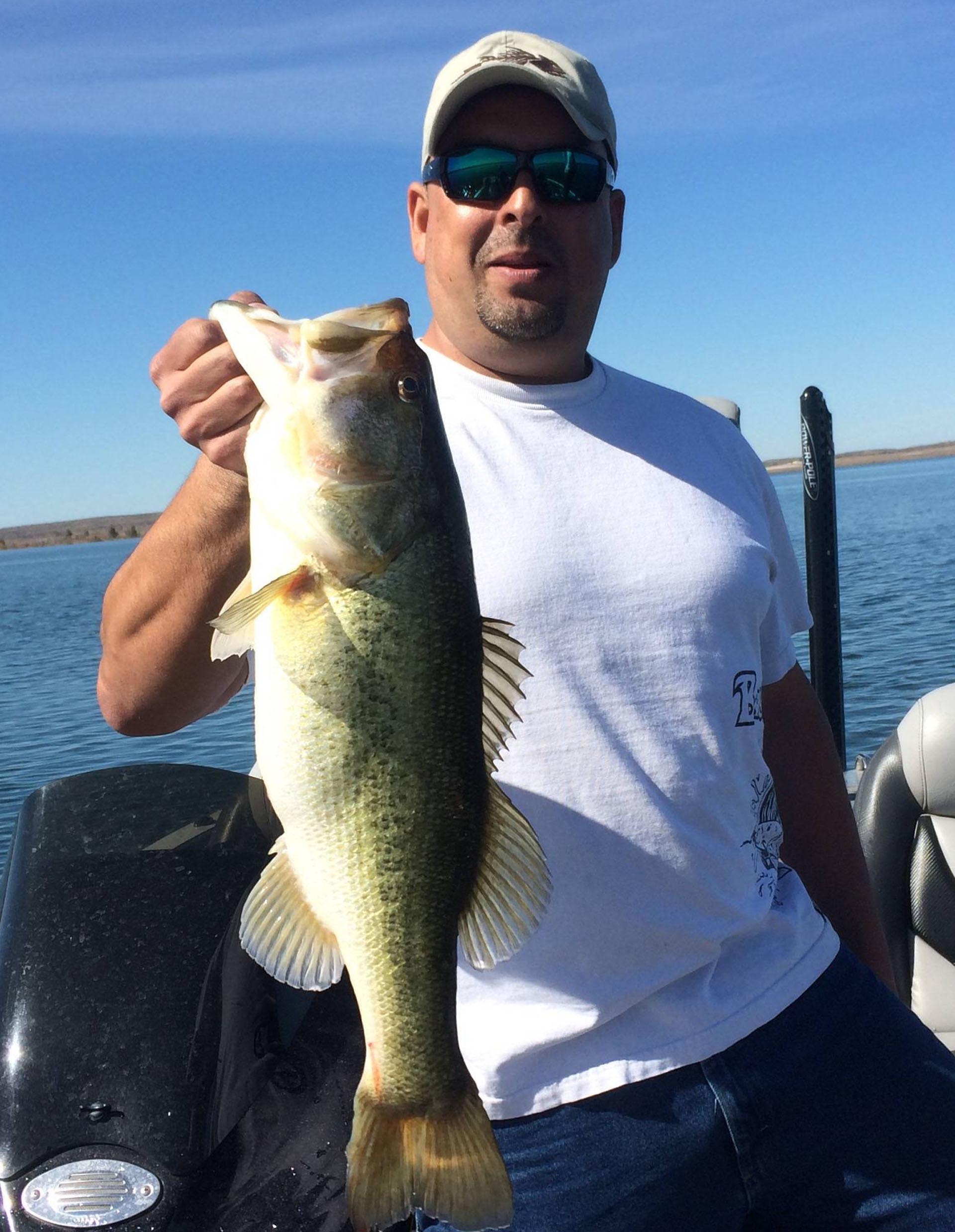 This is what we are fishing for. Sharelunkers are largemouth bass over 13 pounds. There have been several caught in Lake Amistad.

How to Enter a Lunker

At the end of spawning season, the ShareLunker will be returned to the angler for live release, or the angler may donate it permanently to the program. Either way, the angler receives a fiberglass replica of the catch made by Lake Fork Taxidermy, ShareLunker clothing, and recognition at an annual awards banquet held at TFFC. In addition, the Texas resident catching the largest entry of the season is awarded a lifetime fishing license.

Tips for Proper Care and Handling of Lunker Bass

TPWD employees will travel anywhere in the state to retrieve a big bass. The goal is to provide the fish with expert care within 12 hours of being caught.

Texas is a big state, however, and we occasionally have more than one lunker waiting to be picked up. To keep those big bass healthy, TPWD is working with local fishing businesses and tackle shops to provide temporary holding stations for anglers who wish to donate fish to the program.

A list of holding stations is provided below. Stations are needed at other lakes, especially those located far from Athens. Any business interested in becoming an official ShareLunker Weigh and Holding Station should contact Juan Martinez at (903) 670-2285.

The roots of the ShareLunker program can be traced to the drought of the 1950s. That 10-year dry spell brought home to Texans the fact that the states burgeoning population had outgrown its water supply. A few reservoirs had been built previously, but the 1960s and 1970s witnessed the completion of many more. Texas had only one natural lake  Caddo  and the native species of Texas bass, the northern, was adapted to live in streams.

Over the next several years bass from Florida, California and Cuba were brought to Texas to improve the genetics of the Texas bass population. The Cuban fish were obtained by sheer daring. Joe Bob Wells, a Levelland resident who fished in Cuba frequently, flew to Cuba in December 1984 and brought bass back to Texas via Mexico, since travel between the United States and Cuba was prohibited.

As the Florida strain genes worked their way into the bass population, fish grew bigger. In 1980 a 14.1-pound bass broke the state record of 13.5 pounds that had stood for 43 years. The record increased again and again, to the current 18.18-pound fish caught in 1992. Interest in bass fishing burgeoned along with the size of the fish.

The Toyota ShareLunker Program (formerly called Operation Share a Lone Star Lunker and sponsored by the Lone Star Brewing Company, Jungle Labs and Cajun Boats) was established in 1986 to promote catch-and-release of large fish and to selectively breed trophy largemouth bass. The first fish entered into the program was also a new state record, a 17.67-pounder caught from Lake Fork in November.

In 1993 the name of the program was changed to Share a Lunker, Inc., and it was merged with the Parks and Wildlife Foundation of Texas. Anheuser Busch was the official sponsor from 1996 to 2008, providing prizes for anglers and a specially equipped truck used to pick up and return lunkers. During that time the program was known as the Budweiser ShareLunker Program. The name was changed to the Toyota ShareLunker Program in 2009 when Toyota became the new sponsor.

Since the programs inception, more than 400 largemouth bass have been donated from 55 public reservoirs and more than a dozen private lakes.

The House that Big Bass Built

As the program grew, it became obvious that the Tyler hatchery was inadequate, but there was no state money available to build a new hatchery, one tailored specifically to the needs of the program. It was decided to let cities bid to become the site and help raise the money for it.

Specifications called for the facility to be built within 50 miles of Lake Fork, because the majority of big fish are caught there. The Athens community pledged more than $4 million to win the bidding for the site, and the balance of the cost came from federal Sport Fish and Wildlife Restoration funds and donations. No state money was used for construction.

The Edwin L. Cox, Jr., Texas Freshwater Fisheries Center was built around the ShareLunker program. The Visitor Center complex, including the Lunker Bunker, was completed in 1996, and the exterior hatchery ponds went into operation in 1998.

The ShareLunker program has been instrumental in illustrating the importance of catch and release fishing in the development of trophy largemouth bass fisheries. Data collected by the program shows that it takes 8 to 10 years for a bass to grow to 13-pound size. Slot limits that protect large fish have been proven effective in increasing the quality of fishing. Science-based fisheries management has been shown to be the best method for managing Texas public waters.

Bass fishing has enjoyed an increase in popularity in Texas that parallels the increase in the number and quality of fish in Texas reservoirs. Communities near popular bass fishing lakes reap a significant economic boost from anglers.

Even the fish have benefited from the ShareLunker program. When the program began, little was known about the procedures needed to care for big bass. Early in the program, many entries died while at TPWD facilities. Over time better care has increased survival to the point that nearly all fish entered into the program survive to be used for spawning or are returned to the wild. Even more importantly, proper fish handling techniques have been publicized as part of the program, so that anglers are now able to take better care of any fish they catch.

In the course of caring for more than 500 largemouth bass weighing over 13 pounds, the ShareLunker Program has:

These accomplishments have all been made using program sponsor dollars and without additional staff over and above those required for normal operation.

To ask questions about or discuss the ShareLunker program, call or write:

To donate a 13-pound or larger bass to the ShareLunker program: